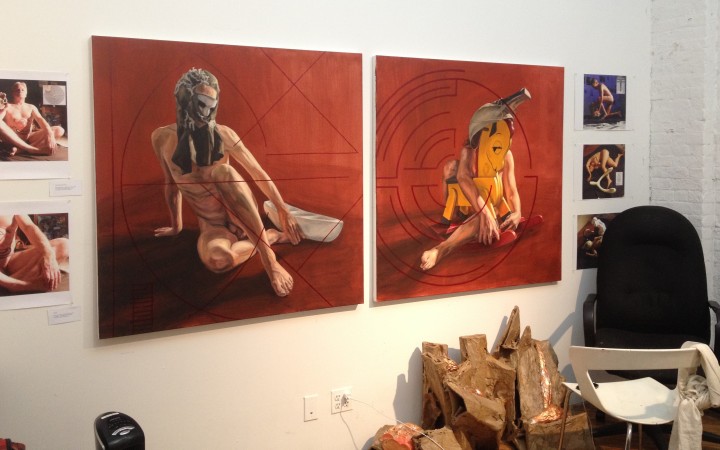 This week I did some finishing touches to my paintings: Lemurian Pole Shift (Becoming Part III) and Departure (Drop City BwO).

Other events / highlights from week 11:

Today my sister’s husband – the NY painter Matt Watson – took my partner Brian and I around some openings on the Lower East Side. They were all so busy though, that we’ll need to return at some point during the day so we can get a proper look at the work! 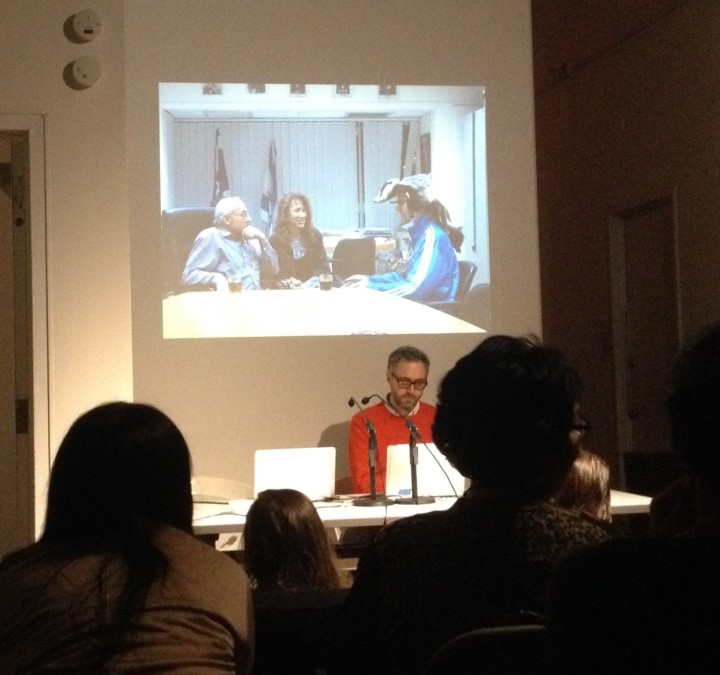 Attended a Tuesday night lecture at the ISCP by Marcus Coates, where he talked about his performances, which employ ‘animal vocalizations and ritualistic public interventions.’

This morning I went to the Japan Society to see the Simon Starling: At Twilight exhibit, a show centred around W.B.Yeats’ play At the Hawk’s Well, which was in turn inspired by Irish folklore and ‘Noh’ – Japan’s traditional masked drama. 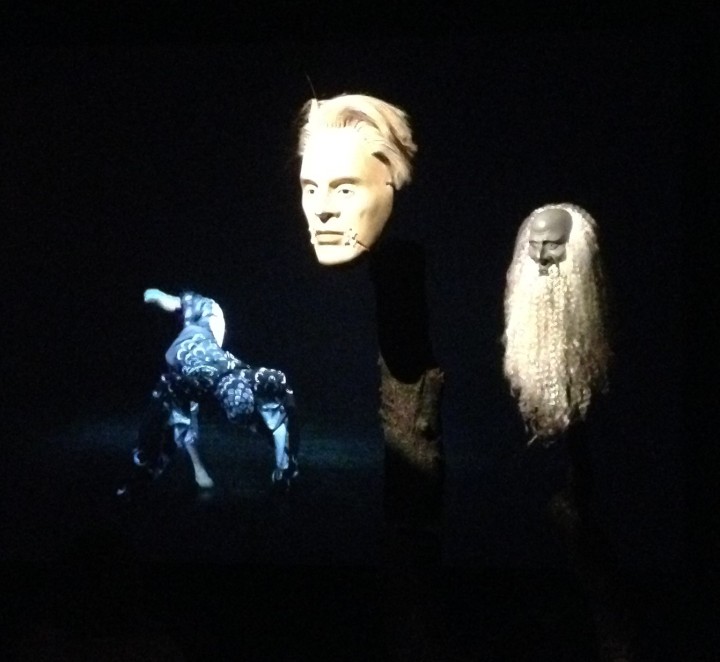 After walking through a space containing ethereal masks floating disembodied in the darkness, and an area displaying costume elements, you’re able to find out more about categories of Japanese Noh masks, as well as the different artists, writers and performers associated with Yeats’ play. Simon Starling collates and presents this information in ‘a rich array of associations’ (thecommonguild.org.uk), and I left the show feeling as if I’d absorbed a lot of new information, and with a desire to read ‘At the Hawk’s Well.’

Taking the advice of the critic Adam Kleinman, I visited the Rubin’s Museum of Tibetan art in the afternoon and looked into ‘iconometry’ – the prescribed proportions and measurements used by Tibetan artists to lay the features for different deities.

In the evening, I went with other ISCP residents around some more Lower East Side openings, in Salon 94, P! and Alden Projects. 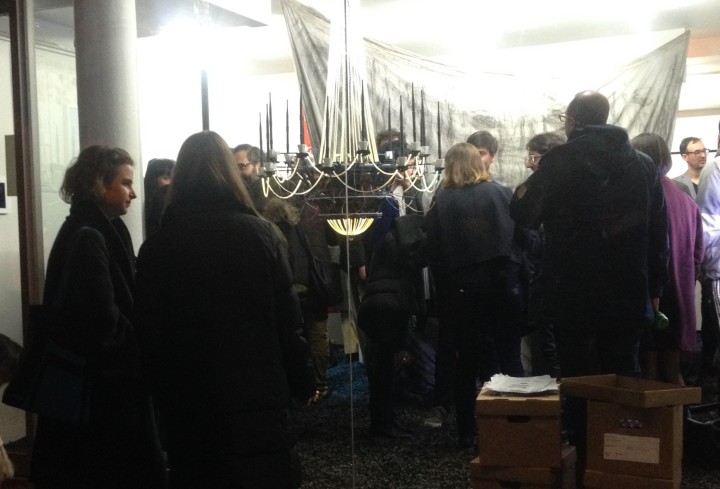 It was particularly interesting seeing an exhibit of Jenny Holzer’s work at Alden Projects, as my sister and flatmates work for her.

This morning Brian, my sister G and I went to MoMA to see the Kai Althoff exhibit: and then leave me to the commonswifts – a show packed with paintings, drawings, sculptures, and installation elements. We then had a wander around a Picabia exhibit, and took in as much as we could of the massive permanent collection before heading out into the NY snow. 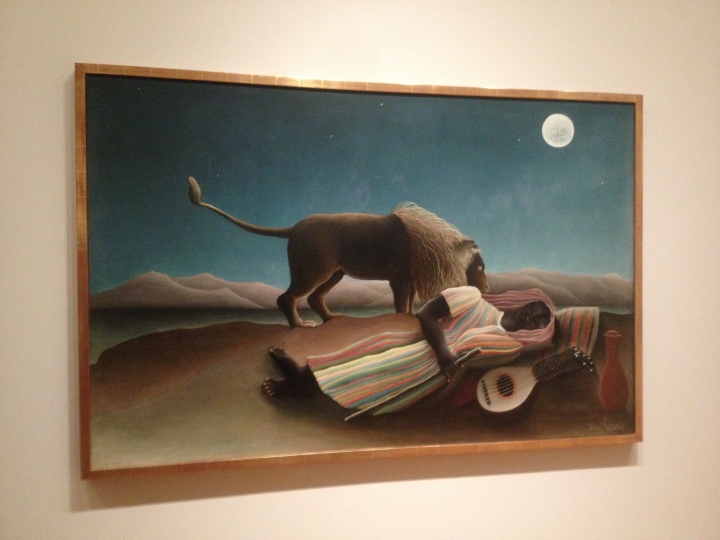 Brian and I ended a very busy week by going around some galleries in Brooklyn: the Safe Gallery, Transmitter, Underdonk, and many of the galleries situated at 56 Bogart street.

A particular highlight was visiting the Valentine Gallery on Woodward Avenue, to see work by Lawrence Swan and Mary-Ann Monforton.

Brooklyn based Lawrence Swan constructs masks and effigies related to a certain archetype that the artist refers to mysteriously as ‘X’. Mary-Ann Monforton creates subtle sculptures that give the impression of weightlessness. I was amazed to hear that this is her very first show, though she’s been producing these pieces for years.

Brian and I also had an interesting conversation with the very welcoming gallery owner Fred Valentine, who uses the exhibition space as his own studio during the week, before converting it back to a gallery again at the weekend.

To read more about the Valentine Gallery, please visit: valentinegallery.blogspot.com