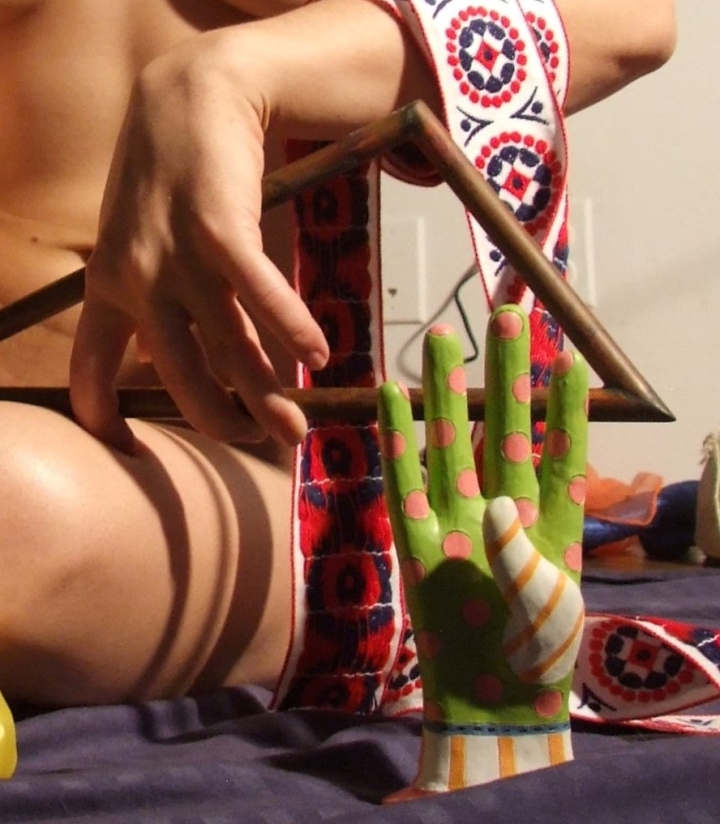 Here’s a taster of what I’ve been getting up to in New York. These are just a few of the images produced collaboratively with New York models and artists. 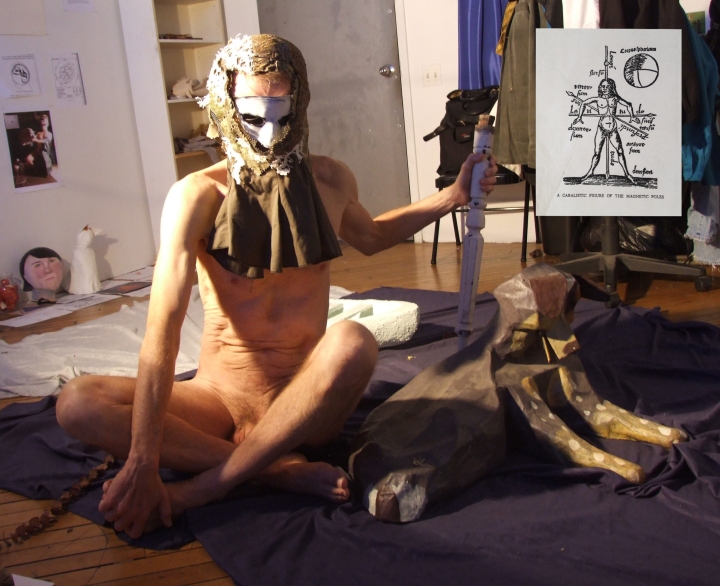 Model Zeke has written a short statement about his perspective on his myth-making session and the resultant images:

‘Even a brief, first glance at the photos fills me with a sense of wonder. The interaction of elements seems quite magical: the form and movement of the body; the variety of objects raised, held and touched; the mystery of costume and disguise contrasting with openness and nakedness; the role of chance, play and spontaneity – all of this has a worldly and other-worldly quality.

‘I was also struck by how the abundant interplay of light and shadow in the photos heightens the dramatic impact and allows room for many different interpretations by viewers. The light really draws the eye in and fires the imagination.’

Many of Zeke’s own interests and aesthetic sensibilities emerged over the course of our session, and I feel that in some of the poses, his grace from his time as a figure-skater is apparent. 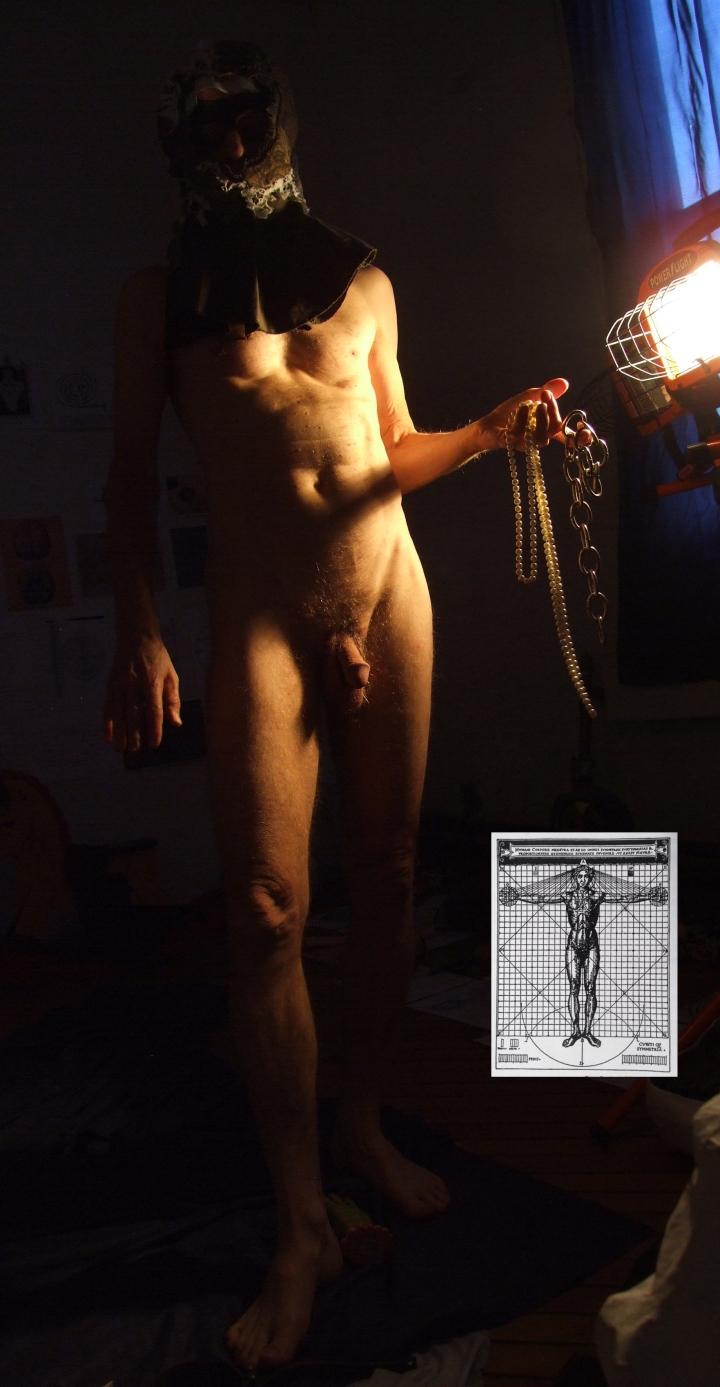 Figure model Celeste – an actress specialising in Shakespeare – has also provided some insight into interests that inspired many of the poses she adopted in her session:

‘I’m a huge mythology fan from many cultures, though the ones I know the most about are Grecian, Celtic, Native American, Egyptian, and Norse.  I am intrigued and attracted to the elements of that I see in your work – the feathers, the labyrinth, the Athena pose, the Vitruvian Man, the Celtic knots – it all looks wonderful! I love the idea of collaborative myth-making.

‘The Steven Campbell Poised Murder scene inspires me as well. I hypothesize that creating a ‘murder scene’ would invite a different layer of understanding for me. I have always wanted to play a dead body on Law & Order, but have still never had the chance! So your influences in that respect draws me.’ 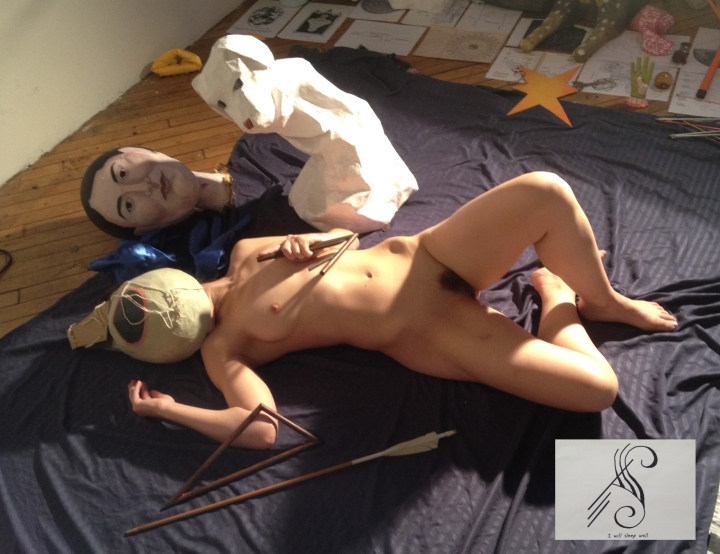 During our myth-making session, Celeste and I were not only inspired by Poised Murder, but by a few of Steven Campbell’s paintings too, including Portrait of the Lost Travelogue Writer.

As you can see below, the wishbone (contributed by Amber Fleming), the triangle (contributed by Robert Picker), the tweed-like trousers, and even the skull diagram selected by Celeste to be incorporated into some of her compositions, mirror many elements from Portrait of the Lost Travelogue Writer. 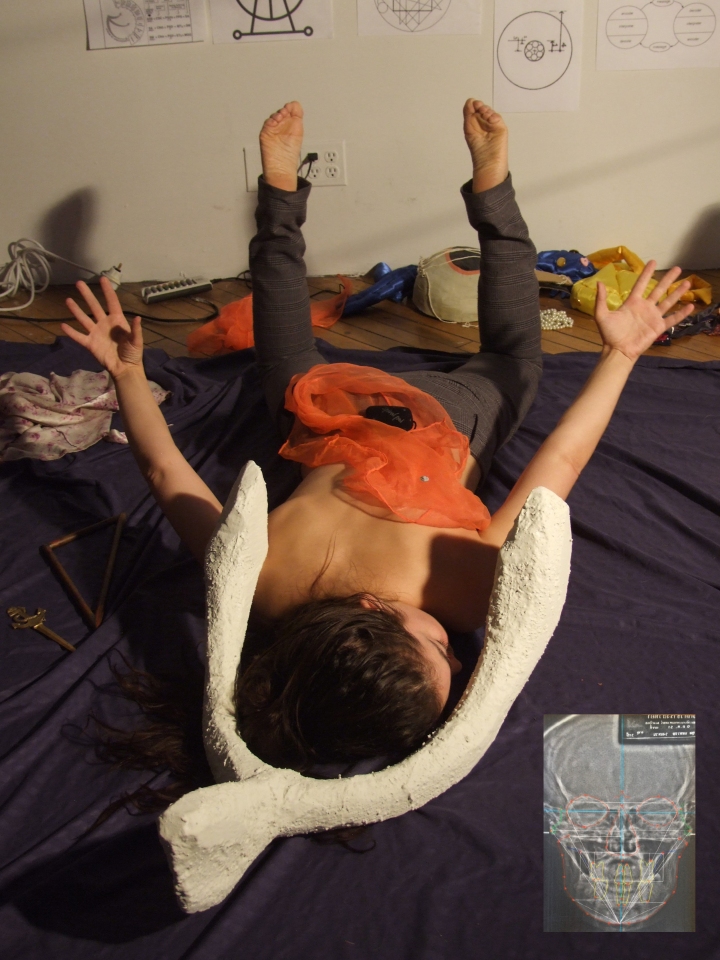 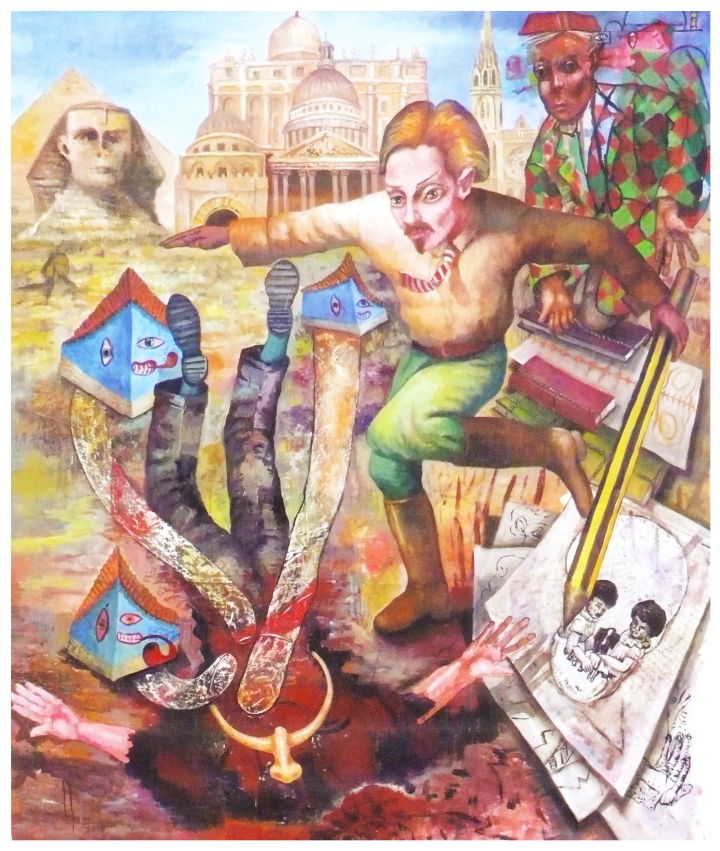 Next week, I’ll be writing more about Portrait of a Lost Travelogue Writer, along with one of Steven Campbell’s other paintings from the same period, The Childhood Bedroom of Captain Hook.